I recently switched most of my self hosted webapps to a dedicated OVH box when EmbedKit usage started to pick up. One oddity is that CPU usage was really high. 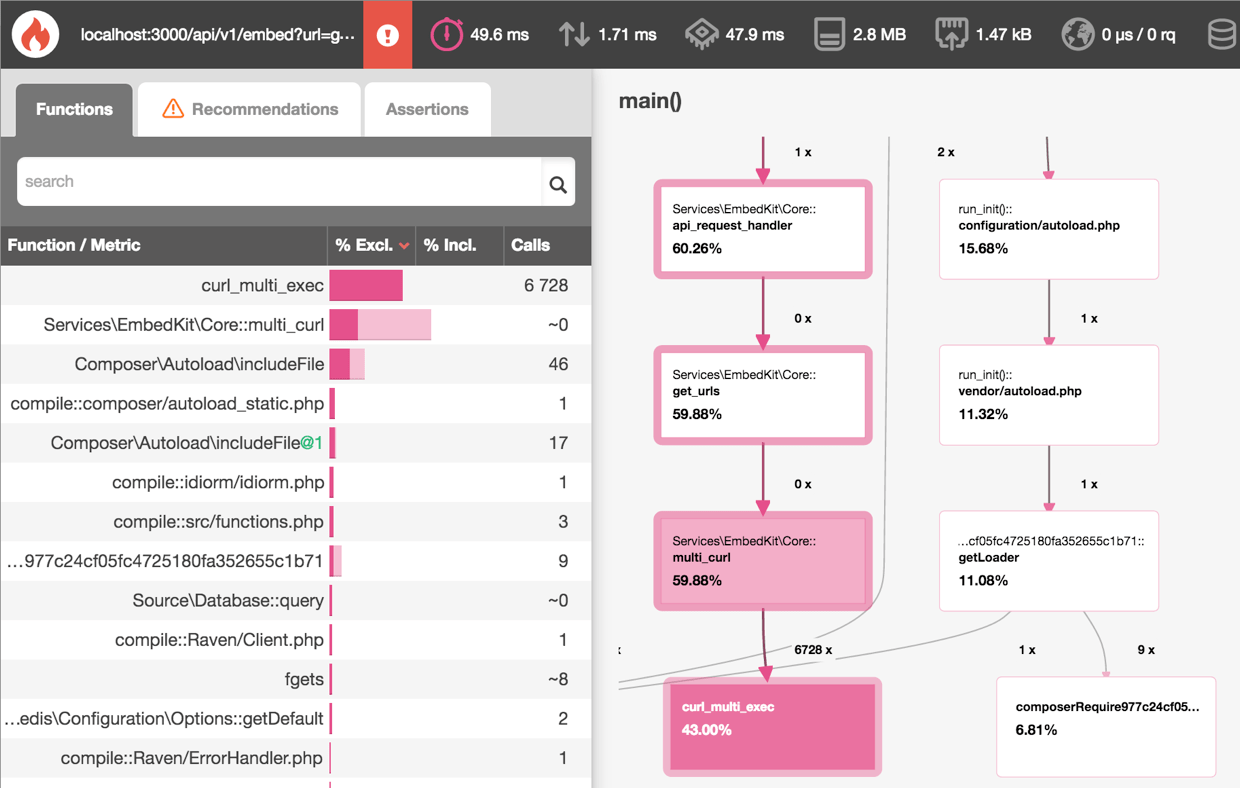 What I noticed pretty quick (aside from composer not being optimized), was that curl_multi_exec was taking up most of the cpu time. This is exactly what I expected, after all, the entire codebase only takes 20-50ms to execute. What I didn't expect is the super high cpu usage when throughput increased to 10-20 requests a second.

Google Fu brought me a github issue in a Guzzle thread from 2014:

When sending requests in parallel to a low latency server, you will get higher CPU utilization because the select calls made by Guzzle to curl will return almost immediately. This is because you're basically in a tight loop, and the only way to use less CPU would be to force a sleep.

Okay, forcing a sleep seems a little odd, but for the sake of the CPU I pressed on. The answer ended up being curl_multi_select.

I ended up rewriting this code:

To the following, forcing a usleep(1):